If there is conflict in your relationship and you have difficulty reaching a resolution, you may be caught in a rigid pre-defined role with your partner. To break out of this dynamic and work towards a healthy connection, you will need to change the way you handle conflict. 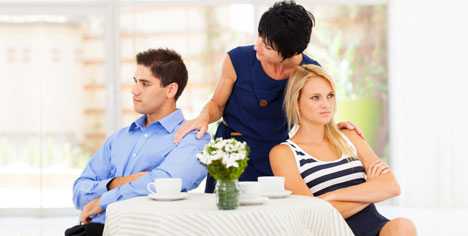 Triangulation refers to the concept of drawing in a third person to help cope when there is conflict in the relationship. Triangulation can offer relief and stability. However, triangulation also has the potential to cause turmoil in relationships and cause an escalation in the conflict. While everyone experiences and engages in triangulation at some point and some form, not all triangulation is bad or unhealthy. It is critical to recognize and avoid unhealthy triangulation.

An unhealthy and unsustainable dynamic develops when triangulation involves the roles of a victim, a rescuer, and a persecutor. Oftentimes this unhealthy dynamic develops the energy that draws the individuals in such a way that the resolution of the conflict is forgotten.

The one who feels victimized, helpless, weak, ashamed, hopeless, powerless, etc. The victim feels stuck and is not able to enjoy life, resolve issues, or make decisions.

The one who feels responsible for the victim and guilty if she/he does not help the victim. The rescuer is the enabler and is stuck focusing energy on the victim rather than on themselves.

The one who is authoritative, superior, controlling, oppressive, rigid, etc. The persecutor blames the victim for the conflict.

These three roles help create a basic conceptualization for the dysfunctional relationship roles that develop in conflict. The individuals in the triangle may assume different roles that change and shift over time or as the conflict changes. There may also be a development of dysfunctional patterns in broken triangles and multiple dependent triangles. Often there is black and white thinking and actual concerns may be forgotten within a dynamic of upset and confusion.

When individuals who already have a propensity for particular positions are drawn in a conflict or issue, they naturally fall into the role they have a predisposition for. Engaging in this role fulfills an often subconscious need within them, and in spite of the dysfunction of the triangulation, they continue to engage in their role.

The victim being persecuted will seek out a rescuer. The rescuer will meet some needs within themselves by playing the rescuing role. The persecutor will feel righteous and blame the victim. The victim will say “I’m helpless”, persecutor will say “I’m right”, the and the rescuer will say “I’m good”. The rescuer perhaps has the most obscure motive as she/he has a mixed-motive of feeling good that someone is dependent on them, and they are able to help. It may be that the rescuer actually enjoys their position and doesn’t want the conflict to really resolve.

The play and dynamic of this victim, rescuer, and persecutor triangle soon becomes an end in itself and overtakes the original problem and any corrective solutions.

Escalation includes changing roles as the victim might strike back and attack the persecutor, who in turn feels like the victim, and seeks out their own rescuer. In another scenario, the victim might blame the rescuer for not doing enough, or for doing too much, and the rescuer might then feel like the victim, also finding their own rescuer. Either case there is now the involvement of a fourth person creating an overlapping triangle and shifting positions.

While this kind of triangulation continues there is no healthy position.